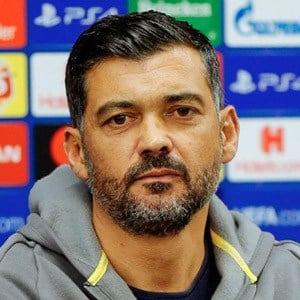 He started his youth career in 1986 when he joined the Academica youth club. He then went on to play for Porto's youth club in 1991. His debut with the Portugal national team came in 1996. After retiring as a player, he went on to manage Standard Liege in 2010 as an assistant.

He is known for having won several different championships including the UEFA Super Cup in 1999 and the Series A League in the 1999 season as well as part of the Lazio club.

He was born and raised in Coimbra, Portugal. He has five sons; their names are Sérgio, Moisés, Rodrigo, Francisco, and José.

Other players known for their work as a winger on the Portuguese national team include Simao Sabrosa and Nani.

Sérgio Conceição Is A Member Of