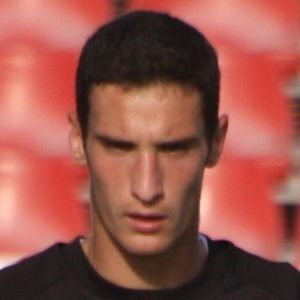 Goalkeeper who is famous for his international club career, including for England's Premier League club Fulham. He previously helped lead Spain's La Liga club Sevilla to UEFA Europa League championships in 2015 and 2016.

He was named as the third choice goalkeeper for Spain's UEFA Euro 2016 tournament squad. He was given the Young Andalusia Prize for sport in December 2016.

He was originally born and raised in Seville, Spain.

He has played alongside Iker Casillas at goalie for Spain's national team.

Sergio Rico Is A Member Of