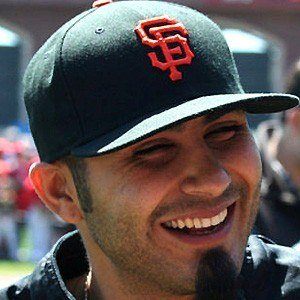 He was named the University of North Alabama's All-Time Top Pitcher after a stellar college career.

He recorded an impressive 20-9 record during his first four MLB seasons.

He had two sons, Rilen and Rex, with his wife Chelsea Romo.

He joined starting pitcher Tim Lincecum on the Giants in 2008.

Sergio Romo Is A Member Of