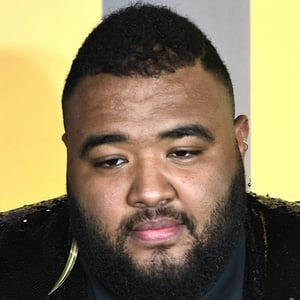 Singer who, in 2016, was named the winner of the fifteenth season of the Italian singing competition Amici di Maria De Filippi. His debut EP, Big Boy (2016), topped the album charts in Italy and was certified gold.

He decided to move to Salento, Italy after visiting the country as a tourist. After moving there, he sang for the band Samsara Beach.

He participated in the Big Artists section of the 67th Sanremo Music Festival, where he performed the song "Con Te."

His father is Haitian and his mother is Mexican.

Sergio Sylvestre Is A Member Of