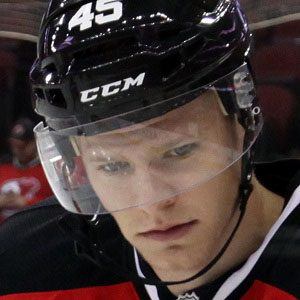 Hockey defenseman who made his NHL debut with the New Jersey Devils in 2014. He previously played college hockey at the University of Minnesota from 2009 to 2013.

He played high school hockey at Faribault High in his home town of Faribault, Minnesota.

He won a gold medal representing the United States at the World Junior A Challenge in 2008.

His parents are Mark and Marcia Helgeson.

He has been teammates with Canadian right winger Steve Bernier in New Jersey.

Seth Helgeson Is A Member Of