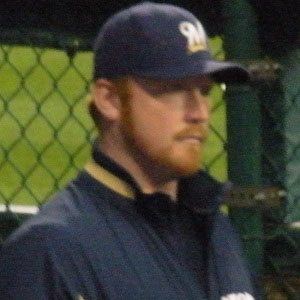 Baseball player nicknamed "Big Red" who played as a starting pitcher and relief pitcher for the Tampa Bay Devil Rays and Milwaukee Brewers during his MLB career. After retiring from playing, he became the head baseball coach at Keswick Christian School in Seminole, Florida.

He was born in Lewisburg, West Virginia and made his MLB debut with the Devil Rays in 2003.

His brothers Sam and Marcus both played college football. He also has a brother named Shawn.

He was teammates with fellow pitcher CC Sabathia in Milwaukee.

Seth McClung Is A Member Of