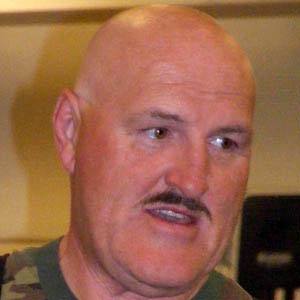 Professional wrestler who debuted in 1972 and became a successful fighter in the AWA, NWA, and WWF. After his retirement, he signed with the WWE in their ambassador program.

He attended Eden Prairie High School and upon completion, became a sergeant in the United States Marine Corps.

He had two children with his first wife, Diane Kopp. He later married Karen Hennessy.

Sgt. Slaughter Is A Member Of