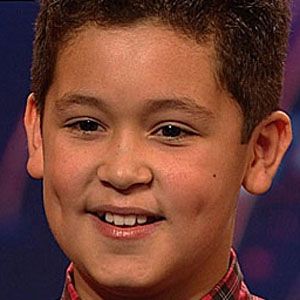 Iranian-Welsh singer and actor who appeared on Britain's Got Talent and went on to release albums like When I Come of Age. He has also acted on the shows EastEnders and Torchwood and in the play Macbeth.

He first gained show business experience by playing Troy on the children's TV series Grandpa in My Pocket.

He sang the song "Who's Lovin' You" at the memorial service for pop superstar Michael Jackson.

His father was a computer consultant.

He performed a cover of the song "I'll Be There" on The Ellen Degeneres Show in 2009.

Shaheen Jafargholi Is A Member Of