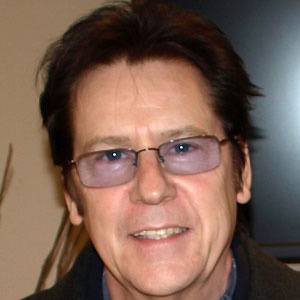 Platinum-selling Welsh rock singer-songwriter who recorded over thirty Top 40 singles including hits such as "Green Door" and "Oh Julie."

He was the frontman for various local bands in the 1960s, including The Denims.

He has been considered the U.K.'s top-selling singer of the 1980s.

He was born Michael Barrett; he was the youngest of eleven children. He was married to Carole Stevens from 1967 until 2009.

He played the role of Elvis Presley in the 1977 West End musical Elvis!

Shakin' Stevens Is A Member Of