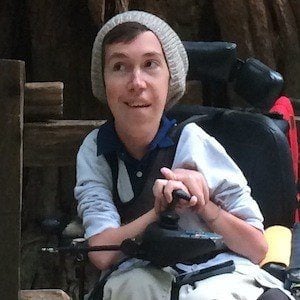 Writer and activist who has written about living with the disease Spinal Muscular Atrophy for The Morning Call as well as his blog, Laughing at My Nightmare. His humorous and optimistic outlook on his condition has earned him attention from outlets like BuzzFeed and The Huffington Post. He's also a member of the Squirmy and Grubs web group.

He began using a wheelchair at age two. He created his blog in 2011.

His first book, Laughing at My Nightmare, was released in October 2014.

He has a brother named Andrew. He began dating his Squirmy and Grubs partner Hannah Aylward in 2015. Their wedding was on September 4, 2020.

He launched an online campaign to get the attention of Ellen DeGeneres in 2013.

Shane Burcaw Is A Member Of