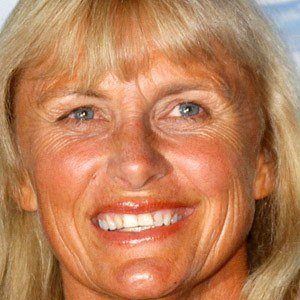 Became the first female swimmer to win three gold medals at the same Olympics. She won the 200 and 400 meter freestyle as well as the 200 meter individual medley at the 1972 Munich games. She'd also win Australian Survivor: Champions vs. Contenders in 2018.

She learned to swim before the age of six.

After her outstanding Olympic performance, she was named Australian of the Year in 1972.

She and Dawn Fraser carried the Olympic torch during the final segment of the 2000 opening ceremonies.

Shane Gould Is A Member Of