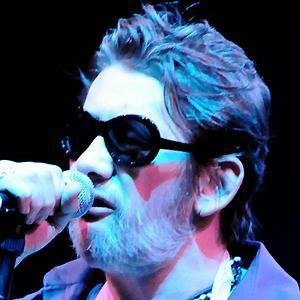 Singer-songwriter with the Celtic punk band The Pogues, with whom he sang "Fairytale of New York" and other popular songs like "A Pair of Brown Eyes."

He was wounded at a concert by The Clash and made the papers with his bloody earlobe. His first band was a punk group called The Nipple Erectors.

He was expelled from the prestigious Westminster School after being found in possession of drugs.

He was born to Irish parents; his mother, Therese, worked as a singer and traditional Irish dancer as well as a model in Dublin. He has been in a relationship with Victoria Mary Clarke since 1986. They finally tied the knot in 2018.

MacGowan has released solo work, including a duet with Sinead O'Connor called "Haunted."

Shane MacGowan Is A Member Of