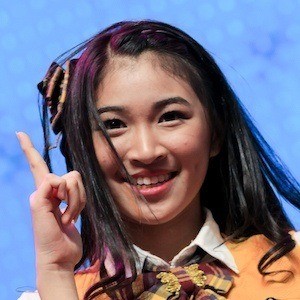 She began her career in 2011 competing in a model contest for the cover of Teen Girl Magazine. She later auditioned for JKT48 in 2014.

Since her musical debut, she has become insanely popular on Instagram, earning more than 290,000 followers posting modeling and promotional photos.

Her father is Indonesian Chinese while her mother is Javanese.

She has performed as a part of Team KIII alongside Aninditha Rahma and Lidya Maulida Djuhandar.

Shani Indira Natio Is A Member Of