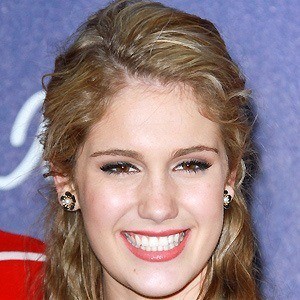 American mezzo-soprano singer who came in eleventh place on the eleventh season of American Idol.

She has attended Howard W. Blake High School and auditioned in Savannah, Georgia for American Idol.

She appeared on both The Today Show and Anderson after her elimination from American Idol in 2012.

She performed the song "One Sweet Day" by Mariah Carey and Boyz II Men on American Idol.

Shannon Magrane Is A Member Of