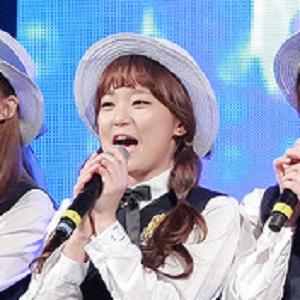 South Korean singer most famous as a solo artist and a former member of the girl band F-ve Dolls. On television, she has made appearances on reality shows like Hidden Singer.

She was born in London and moved to South Korean in 2010, where she appeared on the SBS show Star King.

She played the role of Cosette in a stage production Les Miserables at age seven.

Her full name is Shannon Arrum William. Her mother is Korean and her father is Welsh. She has two older half-brothers.

Shannon Is A Member Of