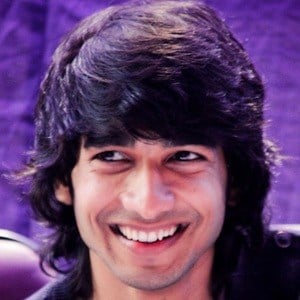 Indian actor and dancer who became enormously popular due to his role as Swayam on the teen drama series Dil Dosti Dance. In 2015, he won the World of Dance Championship as a member of the dance crew Desi Hoppers.

He moved to Mumbai to pursue acting after graduating from St. Joseph's College in Kolkata.

He was a member of the Street Soul Dance Crew in college.

He is the youngest of his siblings.

He co-stars with Sneha Kapoor on Dil Dosti Dance.

Shantanu Maheshwari Is A Member Of