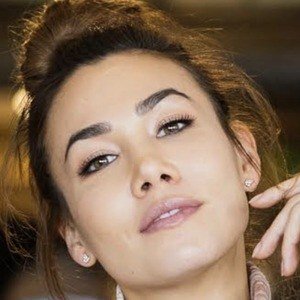 Opera singer who found acclaim on Season 18 of ABC's The Bachelor. She is the creator of the blog All the Pretty Pandas. She has over 140,000 followers on her sharleenjoynt Instagram account.

She named her blog after an encounter she had with a man at a party during the Toronto International Film Festival. He called her a panda in a room of brown bears.

She was written about in The Washington Post for her operatic skills.

She is engaged to Andy Levine.

Sharleen Joynt Is A Member Of