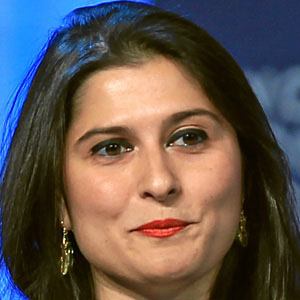 Emmy and Oscar-winning journalist who was the first non-American to win the Livingston Award for Young Journalists.

She attended Smith College and went on to produce Terror's Children as her first documentary.

She was born in Karachi, Pakistan.

He and Iman Ali both have won Lux Style Awards for their contributions to Journalism.

Sharmeen Obaid-Chinoy Is A Member Of