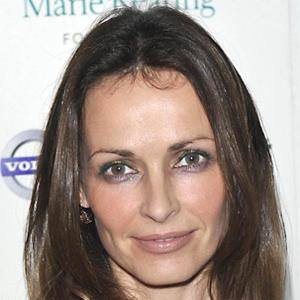 Violinist with the Irish pop band The Corrs with her sisters and brother, the group known for songs like "Breathless."

She played in many national youth orchestras.

She wrote the songs "So Young," "Radio," and "Goodbye" for The Corrs.

She married Gavin Bonnar on July 7, 2001 and they had two children together.

Her family was awarded honorary MBEs in 2005 by Queen Elizabeth II.

Sharon Corr Is A Member Of