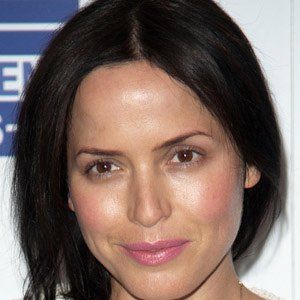 Irish singer and multi-instrumentalist best known as a member of folk rock band The Corrs, best known for their international hit single "Breathless."

She took up the tin whistle as her first instrument.

She covered Ryan Adams' "When The Stars Go Blue" with Bono.

The Corrs is formed by Andrea, her two older sisters Caroline and Sharon, and her brother Jim. She married Brett Desmond on August 21, 2009. She has a son named Brett, Jr. and a daughter named Jean.

She once performed a song with Paul David Hewson.

Andrea Corr Is A Member Of