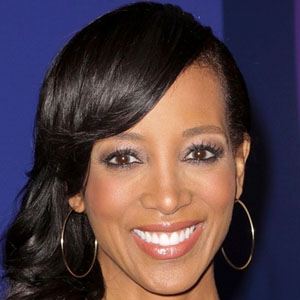 Best known for her work as a correspondent and host of Access Hollywood, she also presented the TV One network's TV One Access program. Earlier in her career, she was a news anchor for Miami, Florida's WSVN-TV station.

After graduating from Spelman College in Atlanta, Georgia, she began her broadcast career with Detroit, Michigan's WGPR-TV62 station. She went on to earn an Associated Press Award for her journalism work with WISN-TV in Milwaukee.

While working for Miami's WSVN-TV channel, she covered the Bill Clinton impeachment proceedings and the aftermath of the Oklahoma City Bombing.

She was born and raised in Detroit, Michigan, where she attended the same high school from which comedienne Lily Tomlin and singer Diana Ross had earlier graduated. Her 1994 marriage to professional baseball outfielder Darryl Hamilton ended in divorce.

Shaun Robinson Is A Member Of