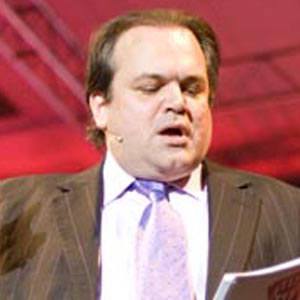 Television actor known for his work on the British soap opera EastEnders and for his appearances on the BBC situation comedy Extras. He also starred in Scoop, a popular BBC children's series.

He trained at The Webber Douglas Academy of Dramatic Art in London, England.

An actor of both stage and screen, he performed in the London West End theatrical production of Saturday Night Fever.

Following their 1997 wedding, he and his wife Melanie welcomed two children: Joseph and Sophie.

Shaun Williamson Is A Member Of