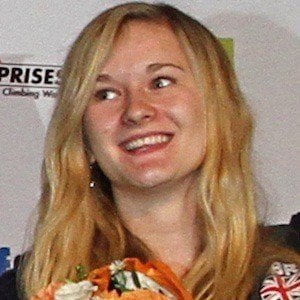 She has been climbing since she was four years old and was inspired early by French free climber Catherine Destiville. She began competing when she was just seven.

In 2016, she was appointed Member of the Order of the British Empire for services to climbing. She earned a sponsorship from Five Ten and Adidas.

She was born and raised in Runcorn, Cheshire, England.

She and Steph Davis established themselves as some of the best female climbers in the world.

Shauna Coxsey Is A Member Of