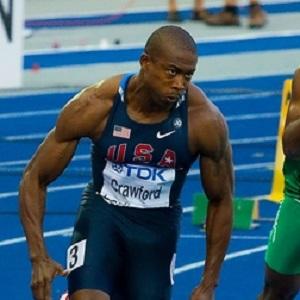 While on the track team at Clemson University, he won three National Championships and earned eleven All-America awards.

He appeared in a 2003 episode of the Fox series Man vs. Beast.

He grew up in Van Wyck, South Carolina, and later relocated to Los Angeles, California.

At the 2009 World Championships in Athletics, he finished behind fellow Olympic gold medal-winning sprinter Usain Bolt.

Shawn Crawford Is A Member Of