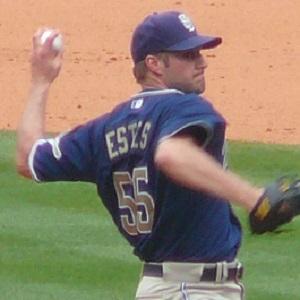 Known for his big-breaking curveball, this left-handed starter won 101 games during his 13-year big league career.

He pitched for Douglas High School in Nevada.

He wasn't known for his control; he walked 100 or more batters four times and led the league in wild pitches once.

He has two sons, Jackson and Cody.

He was a teammate of gifted Cincinnati Reds shortstop Barry Larkin.

Shawn Estes Is A Member Of