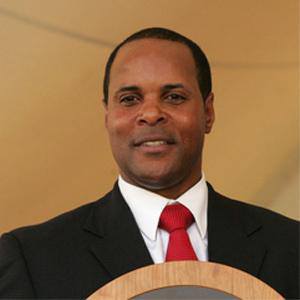 Hall of Fame shortstop who played his entire 18-year career with the Cincinnati Reds.

He volunteered at homeless shelters with his family growing up.

He made the All-Star team eight times in a span of nine seasons, starting with his rookie year.

He had two daughters and a son with his wife Lisa.

His son Shane played on the same football team as the son of Ken Griffey Jr.

Barry Larkin Is A Member Of