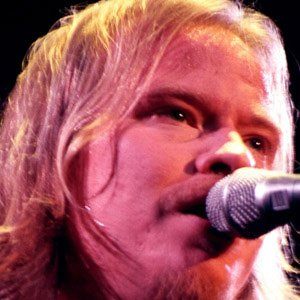 He rose to stardom for his 1998 single "Lullaby", which was nominated for a Grammy Award and hit #1 on the Adult Top 40.

He listened to folk rock and instrumental rock musicians and also played with The Thorns.

He has been featured on Shawn Mullins: Live at the Variety Playhouse and High Rise.

He married Kelly Hobbs Mullins in 1999.

He formed The Thorns with Matthew Sweet in 2002.

Shawn Mullins Is A Member Of