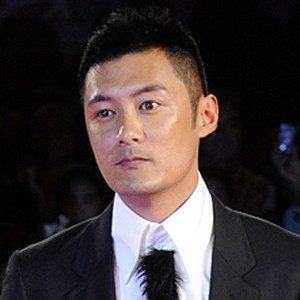 Model turned actor and singer who has become known for his roles in the Hong Kong films Jiang Hu and Infernal Affairs. He has also released nearly half a dozen albums since his musical debut in 2002.

After spending several years as a fulltime model, he made his acting debut in 2001's Leaving in Sorrow.

In 2016, he was nominated for a Hong Kong Film Award for Best Actor for his role in Mad World.

He was born and raised in Hong Kong, though his ancestry is of Taishan, Guangdong.

Shawn Yue Is A Member Of