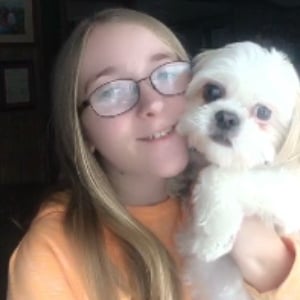 Artist who rose to fame as Shayla on Funimate, where her creative dance-related videos would earn her over 70,000 fans and growing. Her videos have been viewed over half a million times collectively. She has also grown a fan base on Snapchat under the username AwesomeShayla84.

She started using the Funimate app at the start of 2017 and would eventually become starred on December 1, 2017.

She has played softball since she was 11.

She hails from Pennsylvania. She has a sister named Shelby who also uses the app.

She and Dharma Gregory are two avid Funimate users who have gained popularity on the app.

Shayla Simek Is A Member Of