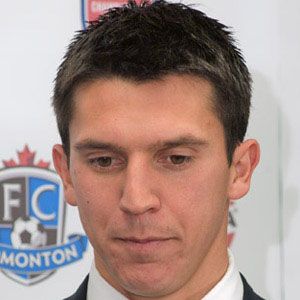 He played college soccer at Furman University from 2004 to 2007.

He was selected 15th overall in the 2008 MLS SuperDraft.

He was born to Jerry and Mickey Salinas.

He rejoined the San Jose Earthquakes in 2012, becoming teammates with midfielder Sam Cronin.

Shea Salinas Is A Member Of