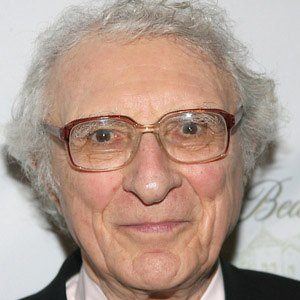 Lyricist and composer best known for his work on Fiorello! and Fiddler on the Roof, two hit musicals.

He graduated from Northwestern University's School of Music in 1949. He wrote The Merry Minuet, which was a hit for the Kingston Trio.

He won three Tony Awards and was inducted into the Songwriters Hall of Fame.

He married in 1962, but the couple divorced a year later. He then married Margery Gray in 1965. He has a daughter named Beth.

He and composer Jerry Bock collaborated on Fiddler on the Roof and Fiorello!, which was awarded the Pulitzer Prize for Drama.

Sheldon Harnick Is A Member Of