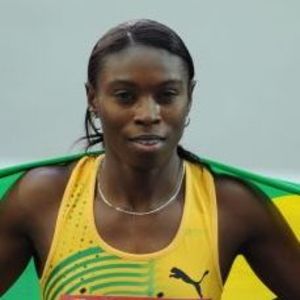 In her second Olympics, in 2012, she won repeated her bronze medal in the 4x400 meter relay.

She was born in Black River, St. Elizabeth, Jamaica.

She was part of a 2008 Jamaican track and field contingency that included Usain Bolt.

Shericka Williams Is A Member Of