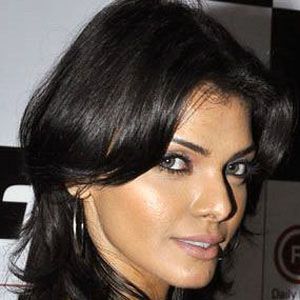 Known for her supporting roles in Bollywood films such as Raqeeb and Dosti: Friends Forever, this actress and Playboy model also competed on the reality television show Bigg Boss.

During her college years, she won the Miss Andhra beauty pageant.

A singer as well as an actress and model, she released her debut single, "Bad Girl," in late 2013.

She was raised in Hyderabad and Secunderabad, India, by a Christian father and an Islamic mother.

Sherlyn Chopra Is A Member Of