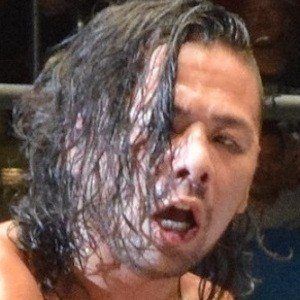 Wrestling Observer Newsletter Hall of Fame inductee who became the youngest IWGP Heavyweight Champion in history after winning the title at the age of 23 years and 9 months. He joined WWE's developmental program NXT in 2016.

He became best known for his time in the New Japan Pro Wrestling league, where he won three IWGP Heavywight Championships, five IWGP Intercontinental Championships and one IWGP Tag Team Championship. He first joined the league in 2002.

He married Harumi Maekawa in September of 2007.

He was featured in the Japanese music video of Pharrell's "Happy."

Shinsuke Nakamura Is A Member Of