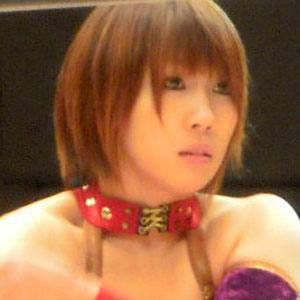 Japanese wrestler known as a multiple-time champion in promotions like Dramatic Dream Team and Smash. In 2015 she joined the WWE's NXT; she began wrestling for Raw in 2017. She has also worked as a graphic designer and writer for XBox Magazine. She was previously known under the ring name Kana.

She participated in badminton and figure skating growing up and made her wrestling debut for the all-female promotion AtoZ in June 2004.

She set a record for the longest undefeated streak in WWE history, going 510 days without losing a match. In 2020, she became the Raw Women's Champion.

Her birth name is Kanako Urai. She's a mother.

She and GAEA Wrestling co-founder Chigusa Nagayo are both famous female Japanese wrestlers.

Asuka Is A Member Of