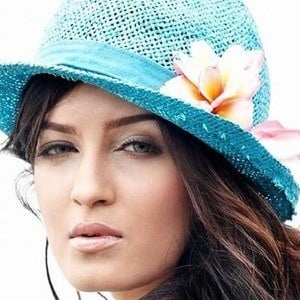 Indian model and actress who made a name for herself portraying Kusum Danny Vyas in the soap opera Saraswatichandra. She then took on leading roles in Sarojini - Ek Nayi Pehal, Bahu Hamari Rajni Kant, and Jamai Raja.

She began her career modeling in advertisements before scoring her onscreen debut in Saraswatichandra.

In 2015, she won Favourite Bahu at the Zee Rishtey Awards for her role in Sarojini - Ek Nayi Pehal.

In the 2016 television series Jamai Raja, she stars opposite Ravi Dubey.

Shiny Doshi Is A Member Of