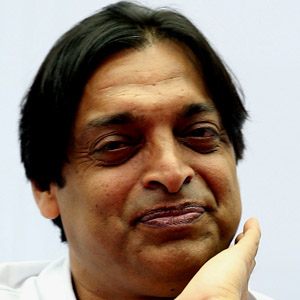 Regarded as one of the fastest bowlers of his era, helped carry Pakistan's national team in the early 2000s.

He made his Test debut on November 29, 1997 against West Indies.

His career was somewhat controversial as he was considered to be a poor team player by a number of critics.

He was born and raised in Punjab, Pakistan. He married Shoaib Akhtar in 2014.

He played alongside Shahid Afridi on Pakistan's national team.

Shoaib Akhtar Is A Member Of