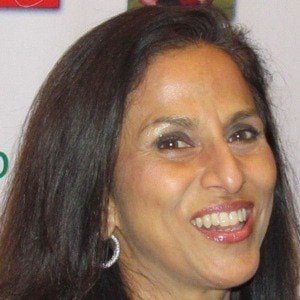 Indian journalist and novelist who is widely known for her high-class socialite-based content. She has become well-known for her regular columns in The Times of India, Asian Age, and The Week.

She originally began her professional life as a model. She switched to a career in journalism in 1970.

She had her debut novel Socialite Evenings published in 1989. She received controversy for the book's racy content.

She and her husband Dilip have four children together. They married in 1984.

She has frequently corresponded on Twitter with fellow Indian writer Arundhati Roy.

Shobhaa De Is A Member Of