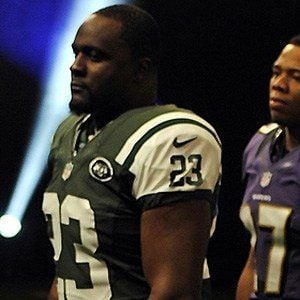 Running back who made his NFL debut in 2009 with the New York Jets, playing with the team until 2012 when he signed with the Tennessee Titans.

He was a running back and linebacker at Winslow Township High School in New Jersey.

He played college football for the Iowa Hawkeyes and was an All-American in 2008.

He grew up in Winslow Township, New Jersey.

He won the Jim Brown Trophy in 2008, named for the legendary running back.

Shonn Greene Is A Member Of