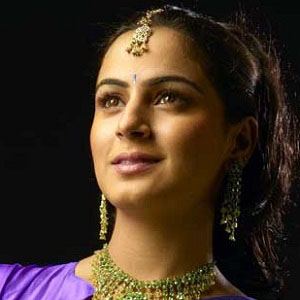 Indian screen actress known for her Telugu, Tamil, Kannada, and Hindi film work. Between 2000 and 2012, she appeared in such movies as Kalvanin Kadhali, Godava, and Balaraju Aadi Bammardi.

Before becoming a screen actress, she worked as a model.

She made a special appearance in a 2012 episode of Dil Se Di Dua... Saubhagyavati Bhava?

She was raised in Delhi, India.

She and Allu Arjun both acted in Telugu films.

Shraddha Arya Is A Member Of