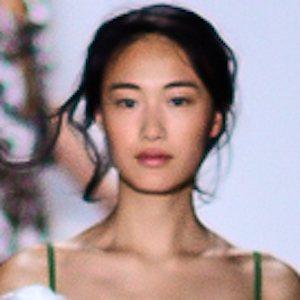 Chinese model who has walked the runway for some of international fashion's biggest brands, including Burberry, Chanel and Gucci. She has also been featured on the cover of magazines like Elle China, Harper's Bazaar China and Vogue China.

She signed with Next Management in New York in 2007. She was immediately successful, walking for Brian Reyes, Rachel Roy and others that year.

She appeared on the cover of Elle China five times from 2009 to 2013. One of those covers was for the magazine's 25th anniversary issue.

She is known to have been friends with fellow Chinese model Du Juan.

Shu Pei Qin Is A Member Of