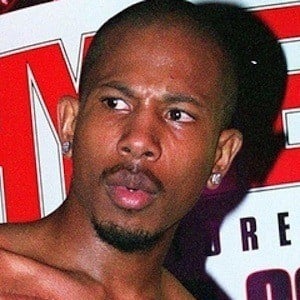 Rapper best known for his time as a member of the label Bad Boy Records during the late 1990s. In 2001, he was sentenced to 10 years in prison for attempted murder after a 1999 incident at a New York night club. He was released in 2009.

He was discovered in 1998 by the record producer Clark Kent while he was freestyling in a New York barbershop. He was taken to the Bad Boy Records offices, where Sean Combs signed him on the spot.

In September 2000, he released his self-titled debut album while he was awaiting trial. It peaked at #5 on the US Billboard charts, and earned a Gold certification.

He was born in Belize City, Belize, and eventually moved to Brooklyn, New York at age eight. His father became the Prime Minister of Belize in 2008.

Upon his signing with Bad Boy Records, his sound became compared to that of Notorious B.I.G.'s.

Shyne Is A Member Of