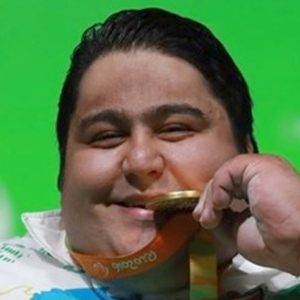 His first world stage competition was at the 2010 IPC Powerlifting World Championships.

He was nominated for Laureus World Sports Award for Sportsperson of the Year with a Disability in 2017.

His family supported his powerlifting career when he started off in 2008.

Rohan Murphy is another Paralympic powerlifters.

Siamand Rahman Is A Member Of