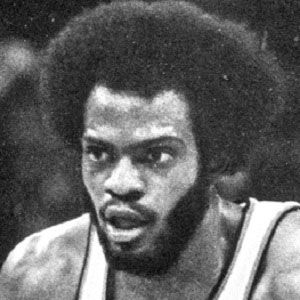 Four-time All-Star who was named the NBA Rookie of the Year in 1972.

He spent ten seasons in the NBA and went to play in Italy for a season afterwards.

He and his wife had one daughter named Sibahn.

He played at UCLA and won NCAA titles alongside legendary center Kareem Abdul-Jabbar.

Sidney Wicks Is A Member Of