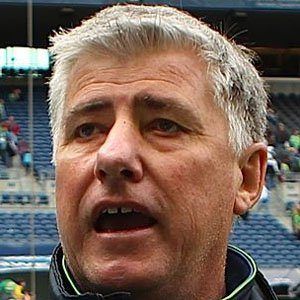 Most Popular#132226
Born in Tubingen, Germany#4
Coach Born in Germany#5

German-American soccer manager best known as the manager of Major League Soccer clubs like the Seattle Sounders and Los Angeles Galaxy. He was also a very successful college coach, coaching the UCLA Bruins to national titles in 1985, 1990 and 1997.

He became the winningest coach in MLS history.

He had children named Kurt, Erik, Kyle and Lacey with wife Valerie.

He coached Swiss goalkeeper Stefan Frei as the manager of the Sounders.

Most Popular#132226
Born in Tubingen, Germany#4
Coach Born in Germany#5

Sigi Schmid Is A Member Of