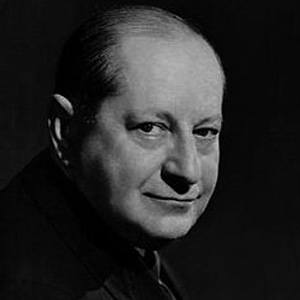 Composer of numerous operettas including The Student Prince, The New Moon, and The Desert Song. He was of Austro-Hungarian heritage.

He worked in a pencil factory.

He was portrayed by Jose Ferrer in the film Deep in My Heart from 1954.

Sigmund Romberg Is A Member Of