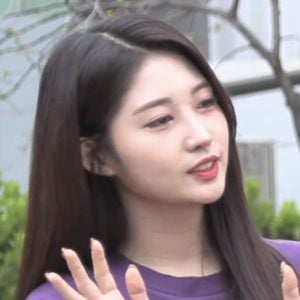 She was a trainee for 2 years and 10 months, and appeared on the girls group survival show Produce 101 in 2015. She was eliminated in episode 8, but signed with Yue Hua Entertainment after the show ended.

She was born Kim Sihyeon in South Korea.

She is close friends with Yang Ye-na.

Sihyeon Is A Member Of