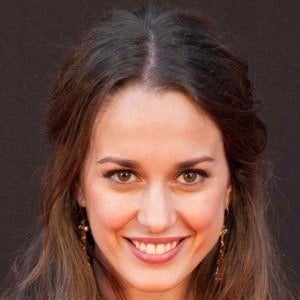 She studied acting at the schools Arte 4 and Metrópolis before joining the cast of Tierra de lobos in 2010.

She made her film debut in the 2011 film Amigos... She would later appear in Musarañas, La Corona Partida, and more.

She hails from Salamanca, Spain.

Silvia Alonso Is A Member Of