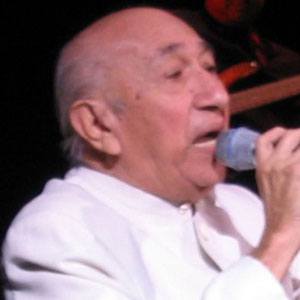 Grammy-winning Venezuelan singer and songwriter who was given a Lifetime Achievement Award at the Latin Grammy Awards in 2008.

He was born in Barbacoas and began his career in 1947.

He was awarded The Great Ribbon of the Liberator's Order, the highest civilian honor granted by the Venezuelan state.

He is survived by his wife Betty and his son Simon.

He was a respected songwriter who wrote music for other artists like Ray Conniff.

Simón Díaz Is A Member Of