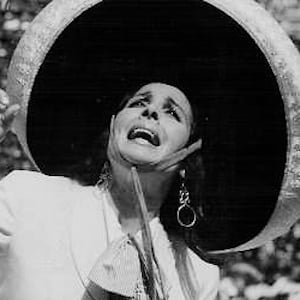 Ranchera singer and actress renowned as one of the most famous actresses from the golden age of Mexican cinema. She began her career as a singer and released dozens of successful albums. Her acting career spanned nearly 40 years.

She made her singing debut at the age of 13 in Mexico City to a standing ovation. Shortly after she was invited to sing at a local radio station. By the late 1940s, she'd won singing contests and earned the attention of showmen and record producers.

In the 1970s, her name and likeness was used as the persona for the comic book La Llanera Vengadora. In 2015, the Guadalajara International Film Festival premiered her documentary titled Flor Silvestre: Su destino fue querer.

She starred alongside Toshiro Mifune in the 1962 Mexican drama Ánimas Trujano.

Flor Silvestre Is A Member Of